Sally Jacobsen is a graduate of St. Olaf College and has taken additional coursework for elementary education at

Augsburg College.  In addition to being a legal assistant for Paul's mediation practice, she has been an active substitute teacher for the Brainerd schools during the past fourteen years. Her interaction with thousands of children over the years, along with being a mother of three children, has helped her understand what children need to succeed.  She has also completed the Solomon's Surrogates Custody Evaluation Training through Hamline University. Sally has served as a custody evaluator in many cases in central Minnesota, including having provided​ trial testimony when needed. 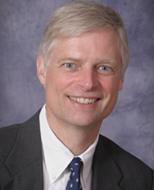 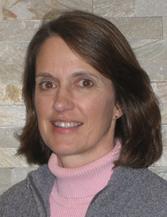 Sally is extensively involved in her community, including current leadership positions with Lakes Area Habitat for Humanity (annual fundraiser); League of Women Voters (Treasurer, past president); American Red Cross Blood Drive (Lord of Life coordinator); Women of the ELCA (past Heartland Conference Coordinator) and Kinship Partners (Kinship mentor).  In the past, she has been on the Brainerd Daily Dispatch Advisory Panel, and held council positions at Lord of Life Lutheran Church in Baxter and Immanuel Lutheran Church in St. Paul.